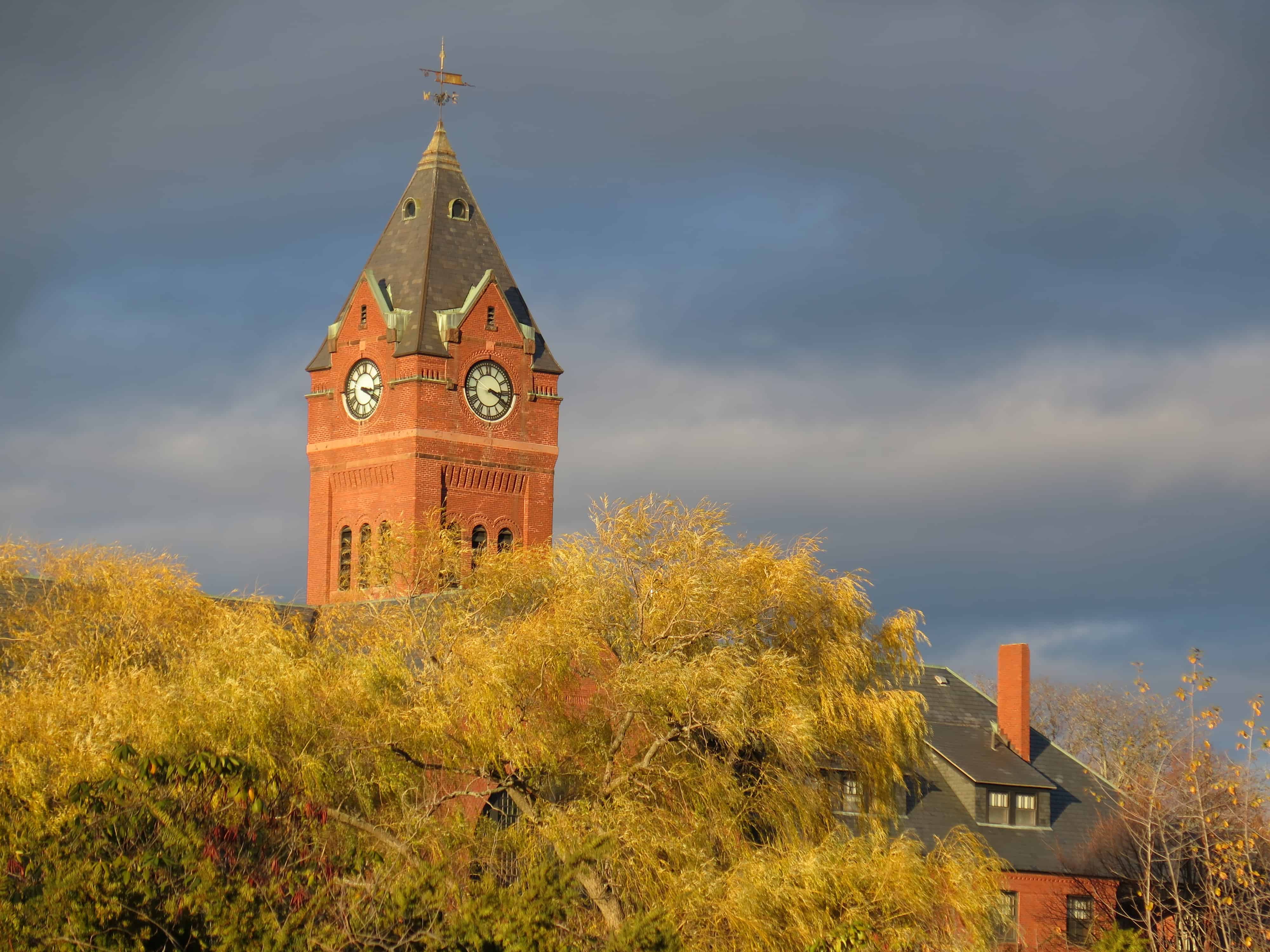 Winchester is a small suburban town located in Middlesex County, Massachusetts, eight miles north of downtown Boston. It is an affluent bedroom community for professionals who work in the greater Boston area. The population was 21,374 at the 2010 United States Census.

The town is roughly bisected by a central valley which is the remnant of the original course of the Merrimack River. After glacial debris effectively rerouted the Merrimack north to its current location, all that remained of its original course through present day Winchester is the Aberjona River and the several ponds it feeds en route to the Mystic Lakes on Winchester’s southern border.

On its eastern third, the valley rises steeply into the wooded hills of the Middlesex Fells Reservation, in which lie the North, Middle, and South Reservoirs. The western edge of the valley yields to Arlington and Lexington heights, and the boundaries with those two towns. To the north, the town’s longest border is shared with Woburn.

Winchester has five elementary schools (Ambrose, Lincoln, Lynch, Muraco, and Vinson-Owen) and one middle school, McCall Middle School. Considered one of Boston’s elite public high schools, Winchester High School was founded in 1850. Winchester public schools have achieved superior performances on the MCAS exams since their inception, and the district is consistently ranked by editorial reviews such as Boston Magazine as one of the best in Massachusetts.[citation needed]The Winchester High School sports teams are known as the “Sachems,” and are a part of the Middlesex league for sports. The Sachem teams practice and host home games at Knowlton Field. The Winchester Sports Foundation raises money through donations to maintain sports programs in the town and to give financial support, make sports programs accessible to all classes, meet costs of program expenses and preserve and promote the level of WHS sports programs.

Founded in the 1942, the Children’s Own School is among the earlier surviving Montessori schools in the United States. The building it occupies, a former farmhouse, is considered locally historic. The school’s founder, Ms. Dorothy Gove, was an acquaintance of Maria Montessori, giving her a firsthand opportunity to learn the Montessori concept of learning[citation needed]. Today the school operates as a private, non-religious, Montessori school for children of ages two to six, with classes of up to 20 children. Children’s Own School is located at 86 Main Street in Winchester, MA.

St. Mary’s School is a parochial school of St. Mary’s Parish, which opened 134 years ago. The school opened in 1914 and has over 200 students in grades pre-K through 5. The school building also serves as the Sunday school for the parish during Sunday services. The church is listed on the National Register of Historic Places.

Acera School is a small private school founded in 2010 in Melrose which moved to Winchester in 2013. It offers K-8 education in small multi-age classrooms, and focuses on high-ability children, STEM education and fostering creativity.

Winchester has two “Zone 1” stops on the MBTA Commuter Rail Lowell Line: Wedgemere and Winchester Center. The stops are in easy walking distance of one another. The Lowell Line runs from Lowell to Boston’s North Station, where one can connect with the “T”, Boston’s subway system.

There are bus lines going through Winchester to nearby communities such as Medford, Arlington, and Cambridge. Bus route No. 134 runs between North Woburn and Wellington Station on the MBTA’s Orange Line in Medford. Bus route No. 350 runs from the Burlington Mall to Alewife station in Cambridge on the MBTA’s Red Line. A commuter express bus runs from Cummings Park in Woburn to Boston during rush hours. Nearby Anderson Regional Transportation Center off I-93 (Commerce Way exit) has Logan Express shuttle bus service to Boston’s Logan Airport every 30 minutes, and a paid shuttle service to Manchester New Hampshire Airport (reservations required in advance).

Winchester’s town government of Selectmen and Town Meeting members has remained essentially unchanged for most of its existence. Since the completion of the present Winchester High School in 1972, with population growth leveling off, town leaders have had more time and funds to devote to maintaining rather than molding Winchester’s character. Winchester’s flavor has little departed from the place that a 1970s survey listed as “one of the top fifteen suburbs” in the nation (Ladies Home Journal, August 1975).

In December 2010 Winchester was among 18 Massachusetts communities to earn the “Green Community” designation by the Massachusetts Department of Energy Resources (bringing the total number of green communities in the state up to 53). In 2011 Winchester was selected as one of four communities to participate in the Massachusetts Clean Energy Center (MassCEC) Solarize MASS pilot program. The program provided incentives to home owners to install rooftop solar electric systems. During that year, 35 residents contracted to have solar systems installed, resulting in 165 kW of solar installations. The town’s Energy Coordinator, Susan McPhee and the town’s Energy Management Committee have received numerous Green Community Grants from the state, which have helped Winchester reduce energy consumption and save the town money. Most recently, in July 2014, Winchester received a $250,000 Green Communities Grant which helped to offset the cost of installing 1668 cobra-head LED street lights. It is estimated that the LED streetlight conversion will reduce the town’s electricity costs by $50,000 each year.

Across the Main Street bypass from the high school sits the Jenks Seniors Center, town-developed housing for seniors. Wedge Pond, home to Borggaard Beach and Splash Park, is a popular swimming spot which is continually monitored to ensure safe water quality levels. The Kiwanis Club hosts its annual fishing derby on the pond, while the Rotary Club runs its auction nearby. Adjacent to the beach are the Packer Tennis Courts, comprising fifteen clay courts. The Winton Club, founded in 1911, raises funds in support of the Winchester Hospital.

Originally founded in 1900 as a canoe club, the Winchester Boat Club now serves locals wishing to sail casually or competitively on the Mystic Lakes. In the summer it is a popular meeting place for local families and their children. Likewise, the Winchester Swim and Tennis Club provides a large swimming pool, five hard tennis courts, and bocce courts to members. The Winchester Country Club offers an 18-hole course—open to members only—in the Myopia Hill neighborhood, which was named after the Myopia Club based there in the late 19th century. And every year, as for over a century, thousands of fans attend the annual Thanksgiving Day football contest between Winchester High School and its long-time traditional rival, Woburn.

In 1902, En Ka Society began as an all woman volunteer organization in Winchester. The Society raises funds and financially supports various local organizations around town. A long time tradition for the town of Winchester since 1935 is the En Ka fair, which arrives each spring. The fair and the En Ka Exchange, a shop which began in 1944, bring in a significant source of income for the Society and their doings.
A new Black Horse Tavern opened on August 9, 2010, in Winchester Center on the former site of the Black Horse Bootery, which was demolished in 1892. According to the Massachusetts Historical Society, the town’s original Black Horse Tavern was built in 1742 and served as an important meeting place during the American Revolution.

Instead of municipal trash pickup in the town, Winchester operates a refuse transfer station and recycling center off Swanton Street. Residents currently pay $190 per family annually for a permit to dispose of their trash at this location, colloquially referred to as “The Dump.” There are private haulers in Winchester, for residents who wish to avoid bringing their trash and recyclables to the dump. The site started as a primitive landfill in the 1940s and 1950s. “Going to the dump” was a Saturday ritual for many families that dated back to when it was a real ‘dump’ or landfill. In the 1960s, a gas-fired incinerator was built on one side of the property. The remainder of the property was used for non-combustible waste such as appliances and metal. The incinerator was forced to shut down in the 1970s because of environmental concerns about the untreated smoke from the incinerator’s furnace. With the closure of the incinerator, the site was converted to the transfer station that is there now. Other town services include full-time police and fire departments, the Winchester Board of Health, the Town Clerk, the Post Office, Water and Sewer Department, and the Public Works Department. Winchester also has a Chamber of Commerce located on the platform of the “Winchester” station of the MBTA Commuter Rail. 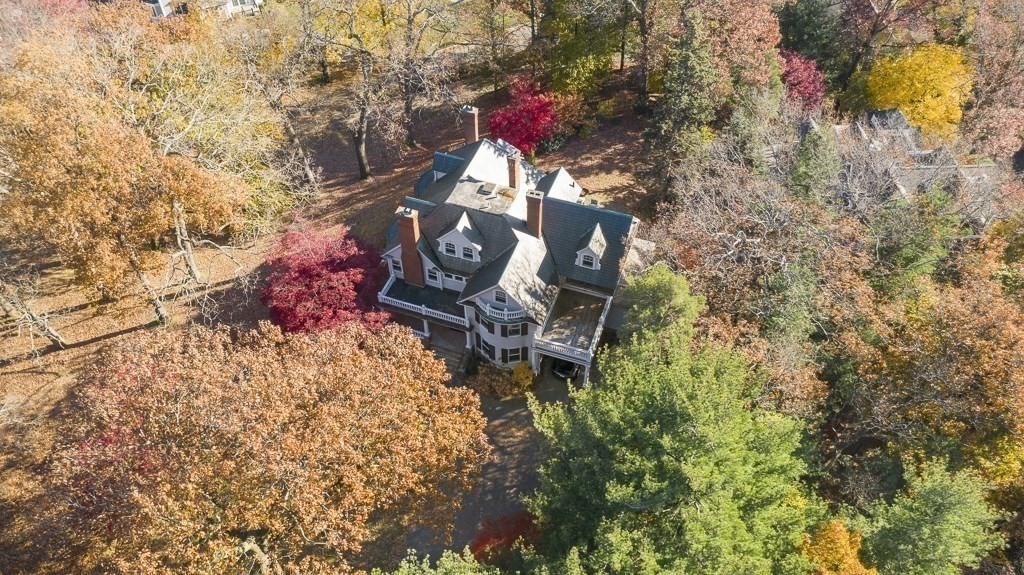 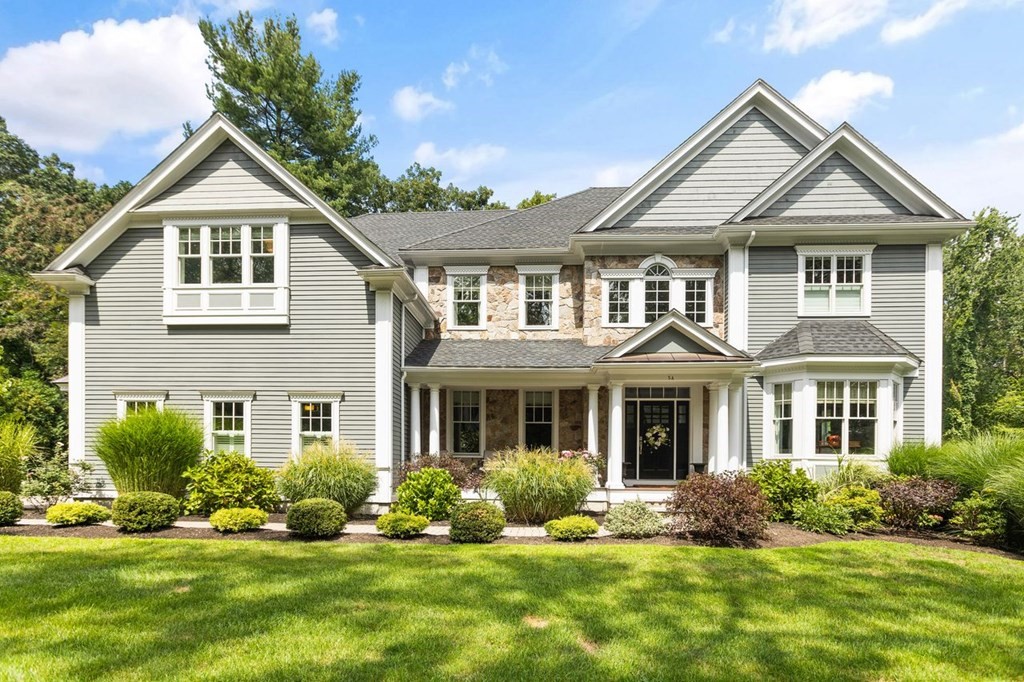 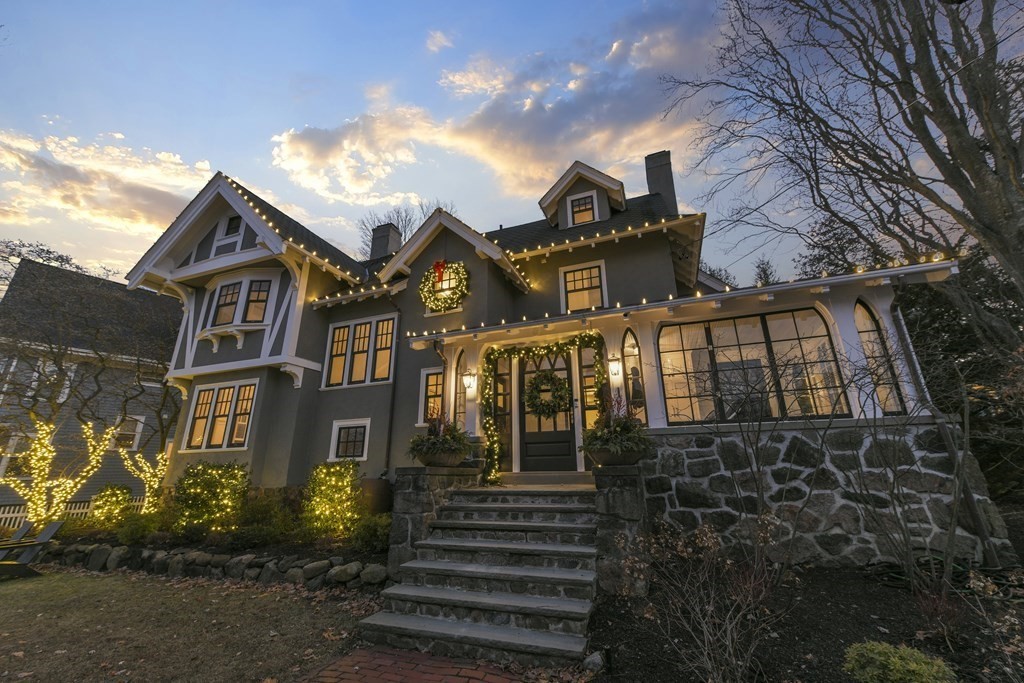 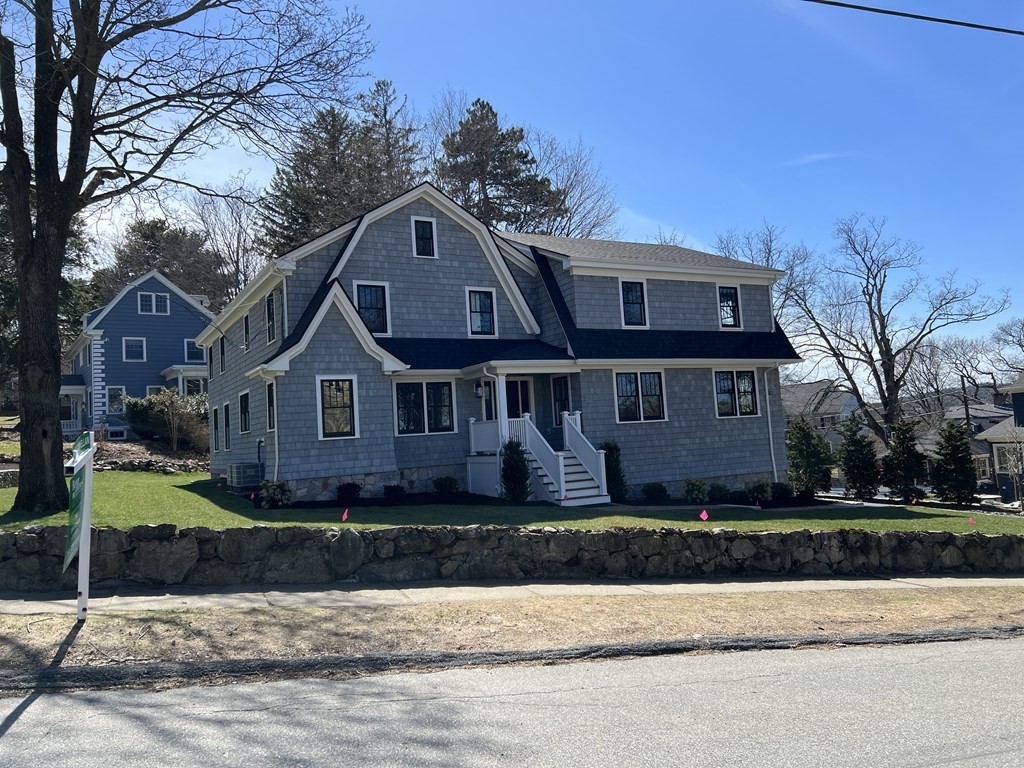